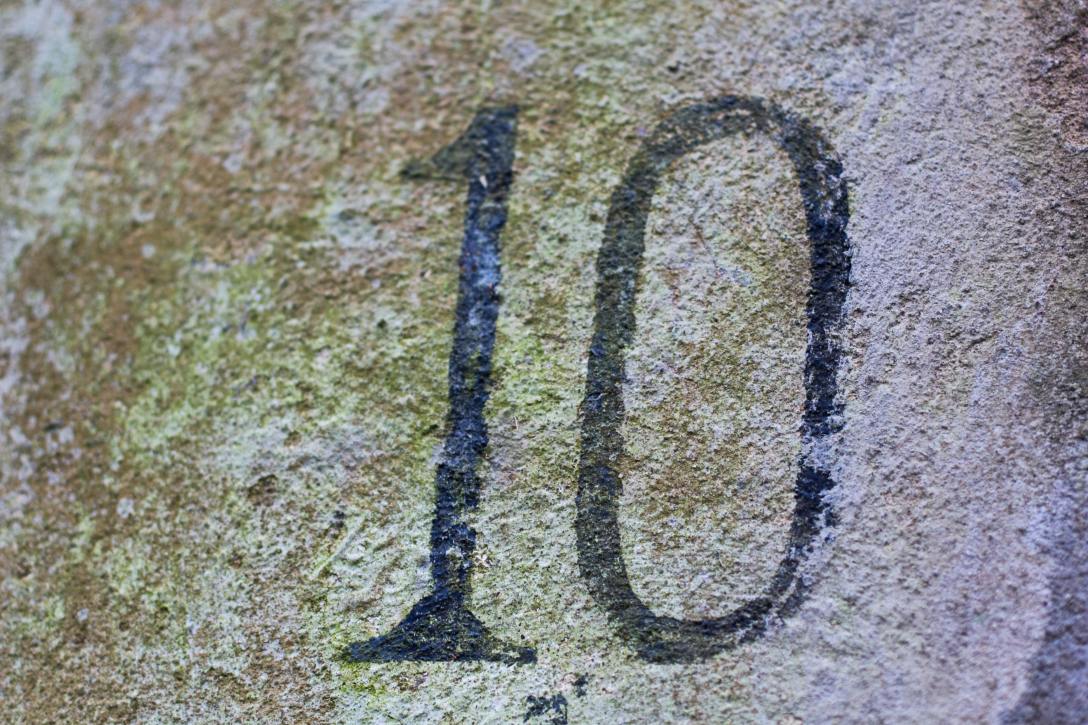 When trying to describe sin and how it lives and corrupts our hearts, people often come up with “all sin is” statements.

“All sin is idolatry” is a common one. The other day I said to a friend, “all sin is taking, isn’t it.” The very next day I found myself saying to someone else, “all sin is lying, I guess.” So, I’m wildly inconsistent, but I noticed myself doing it and wondered—as that’s three of the ten commandments, can we make similar statements for each of them?.

I think you can, and I think all those statements have the benefit of being true. It’s helpful to notice though that more than one “all sin is” statement is true, because that stops us reducing the gravity of how we offend God and of what Jesus has saved us from. Instead, we should realise that there are at least ten of these statements you can make, which I think are fruitful angles for exploring our sinful hearts, repentance, and the glory of the cross.

Here is my bestiary of sin.

All sin is false worship

You shall have no other gods before me.

The act of sinning is to enshrine something else—typically yourself—as the object of your devotion. If we truly placed the Lord first in our hearts in whatever area of thought, action, desire or emotion we’re sinning in, we would not be sinning. To sin is to enthrone another god. To sin is to worship.

All sin is idolatry

You shall not make any graven image.

While the first two commandments are saying distinctively different things, in my scheme these are fairly similar points. To sin is to construct a false god for yourself—a god of sex, or power, or money, or food, or comfort, or control, or whatever it may be—and place it on a little niche in your heart ready to offer worship as appropriate. Jesus brooks no rivals. To sin is to carve an idol.

All sin is claiming God’s authority

You shall not take the Lord’s name in vain.

Which has nothing to do with saying “oh my God”, odious though that may be, and nothing to do with not pronouncing Yahweh, but is a stricture on claiming God’s authority or God’s permission when you do not have it. When a Christian sins we are tacitly saying that we had God’s approval for that action as we are the people who live before the face of God and enjoy his approval over us as his children. To sin is to take his name.

All sin is rejecting rest

The Sabbath is a taste of the future, the new creation—a day of stopping in order to enjoy rest. When we sin we reject the ordered new creation that we are invited to align our lives with in the way of Jesus and instead choose the opposite of rest: chaos. We choose the curse. To sin is to be disordered.

All sin is dishonouring our parents

Honour your Father and Mother.

We should for this read ‘father’ and ‘mother’ as broader than our biological parents, though definitely including them too. When we sin we reject the way we were taught to live the faith, whether by biological or spiritual parents. We dishonour those who came before us, the great cloud of witnesses (Hebrews 11), and in so doing we dishonour God. To sin is to dishonour.

All sin is murder

You shall not kill.

To put it starkly, Jesus died because of our sin, willingly. There is a sense that whenever we sin against the Lord we provide the ground and reason for the crucifixion of God. We kill him. To sin is to murder, and to murder God.

All sin is adultery

You shall not commit adultery.

The Bible tells a grand story where the prince comes to marry his bride, we’re the bride. When we sin we give our love to someone or something that isn’t our husband. We are God’s unfaithful wife. The Old Testament prophets, especially Hosea, riff on this theme in graphic detail. To sin is to cheat.

All sin is taking

You shall not steal.

The original sin in the garden was taking what was forbidden, rather than waiting for it to be freely given—though we could read Adam’s sin through most of these lenses—when we sin we take from God what is rightfully his. We take from ourselves too, by choosing a path that won’t lead to our flourishing. Sinning is a disposition that puts yours wants higher than others so you will take what you want. This is how our modern societies are organised at the base level: we take instead of receiving. To sin is to take.

All sin is lying

You shall not bear false witness.

It’s worth pointing out that the commandment is not actually against lying, but lying in a court of law, and that the Old Testament contains examples of holy deception like the Hebrew midwives or Jacob with Isaac. To lie to a Nazi guard about the Jews you’ve offered hiding space in the basement is not the lesser of two evils, it is righteousness.

Putting that aside, all sin is lying—to yourself, to God, to those around you. Typically lying about whether or not it’s sinful, but even when we know that consciously and don’t justify our actions but continue anyway we lie about sin’s consequences. To sin is to lie, and to believe lies.

All sin is envy

You shall not covet.

If we were truly content with our lot then much of our sin—perhaps all—would be eliminated instantly. When we sin, we want what we haven’t got, whether that’s literally the life or possessions of a neighbour or whether we want control, or peace, or hope, or joy, or one of many things that are offered in the gospel. Instead of accepting God’s way to receive the fruits of the gospel, we reach out for our shortcut and sin against the Lord. To sin is to want what isn’t yours.

It’s also worth noticing that each of these ten is the way of the Enemy. He is the father of lies (John 8), he is a thief, envious of God’s glory, placing himself above God and worshipping self-made idols, he has rejected his Lord, conspired to kill him, dishonours God, cannot rest, and takes authority that is not his.

So, this is a mild stretch at points, but I think has enough legs to be helpful. I write this not to depress you, but for two reasons:

Firstly, understanding that our sin can be described in these ways can help us to understand our hearts—it can help us to fight our sin. Consider these different angles on your own selfishness.

Secondly, so we see the wonder of the cross in new ways. At the cross Jesus placed the Father first and foremost and submitted to his will. Jesus refused to worship anyone but God by choosing the hard path. Jesus refused to gainsay the authority of the Godhead. Jesus refused to choose false rest and instead inaugurated a new creation in his death and resurrection. Jesus honoured his Father.

Jesus chose to forgive his killers while continuing to maintain their hearts’ beating—he could have killed them in an instant. Jesus chose to be faithful to his bride by dying for her. Jesus chose to wait to receive the fruit of the tree of wisdom instead of taking it. Jesus told the truth, and they killed him for it. Jesus would not envy the path of another but set his face as flint.

On the cross our sin is redeemed in every way possible, and instead the righteous status of the only law-keeper that has ever lived is ours freely, a gift from God.

And, here’s the best bit, even in the depth of your ongoing sin, he loves you. He wants you. He is for you. The arms of Jesus are open wide towards you, so follow him, dear friend.

Photo by Adrian Curiel on Unsplash