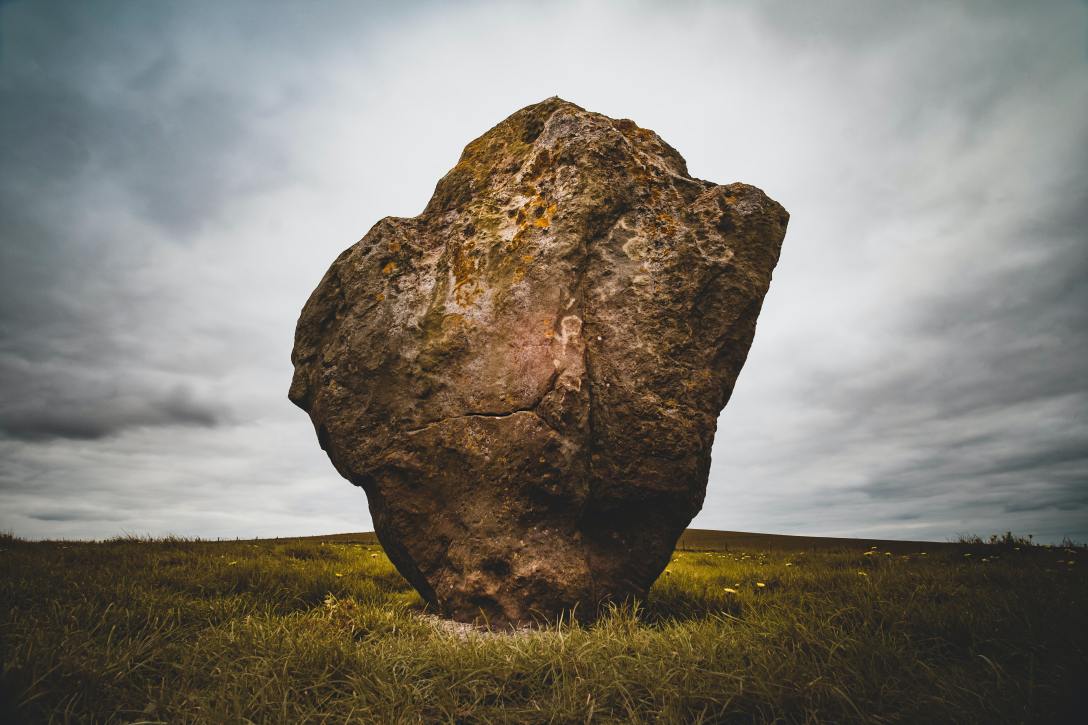 There’s a principle in the Bible that’s foreign to our Protestant intuitions. When the people of Israel were dramatically saved by the Lord, they built a monument.

Or at least, sometimes they did. The two famous examples would be at Gilgal in Joshua 4 or at Ebenezer in 1 Samuel 7.

In Joshua 4 the people of Israel have entered the land promised to them with a dramatic crossing of the river Jordan, where the waters receded much like they had at the Red Sea (Exodus 14)—because the waters of death that go down to the abyss have nothing to do with God’s people, and because this is another Exodus.

The people are instructed by the Lord to send across the Ark, the place where the Lord’s presence would dwell that contained food, rod and word. When the priests whose job it was to carry the Ark got far enough into the water that their feet were wet, the waters would recede. And, lo, that was what happened. It’s always an instructive story, I suspect we rarely carry on until our feet are wet to see if the Lord will rescue us.

Afterward, at their camp in Gilgal, Joshua instructs them to gather twelve stones in a pile to remember what happened. It’s a monument so that when people point at the stones, they can remind one another that God allowed them to cross water as though it was dry land. It’s a memory aid to Yahweh’s action on their behalf, to the gift of the God of gift.

Similarly, after a victory over the Philistines in 1 Samuel 7 which seems to involve the Lord doing all the fighting, Samuel places a rock and names the site ‘Ebenezer’, which in Hebrew means ‘Stone of Help’. Another memorial to God’s saving initiative in their lives.

There’s a principle here, it is a good thing to make a physical something to remind us of specific instances when the Lord has rescued us or gifted us. It anchors us to our history and reminds us that God acts in and through history rather than simply in stories from so long ago they can feel mythic.

It’s easy to see how such things could become shrines we should despise, but I think there’s a broader principle here we can adopt. It is good to build things that outlast us.

We’ve spent the last couple of years renovating our hundred year old house while living in it—I’ve written about it a couple of times. It has been a very difficult couple of years, for a host of reasons. I doubt we’re alone in that. The house has taken much more money than was anticipated, or than we really had, and every ounce of aching muscle we could lend to it. It would be easy to resent it. As I write we’ve finished downstairs, but there is much more to do still.

And yet, every morning when the cat pats me on the face to wake me and leads me blearily downstairs to feed her and put the kettle on before I read my Bible, I am confronted with a surprising series of scenes. I walk into space after space that was once vile to be in and is now warm and welcoming. No, more than that, I am confronted with beauty every morning. I don’t think my words can do justice to the transformation or how it makes me feel—but the parts of our home we’ve finished are the nicest house I’ve ever been in. I am of course biased, but we’ve built something that is beyond my wildest dreams.

Every morning as I turn the kitchen light on and see the scope of our kitchen and dining room, it’s height, the colours, and the view across into our beautiful garden—every morning, my breath is taken away. And I thank the Lord for giving it to me. For this is not a house I built with my hands, though it is, it is a monument of gift. It is a stone of help. It is a sign that points beyond itself and whispers truths across my ears as the cat yowls for me to open her cupboard and put kibble in her bowl.

You see, the house is not the gift. It is the monument, the pile of stones, the signpost to the gift. The gift is the gift the God of gifts always gives: Jesus, my friend, my master, he is the gift. Our home whispers a story, that I am loved, that I am known, that I am wanted, and that despite the ongoing trials and struggles of my daily life, I always will be.

Part of my reaction is the natural reaction to the new, and it hasn’t worn off yet because it was so godawful before. Humans cannot sustain eternal surprise, we are adaptable and what now seems grand and new and exciting will become mundane. But somehow I pray that it won’t. That I can keep the shock that I have been gifted this so that my home can stand as a monument of gift.

I think we need signs—stones—that point us to stories of rescue. And as I’ve hinted at elsewhere, our house being liveable is a story of rescue. We need signs that remind us that God has acted for us. He never promised us an easy ride, he never promised freedom from pain and suffering—not until the earth is renewed and all tears are wiped away. But he does promise to continue to act to cause us to trust him, and to lead us along the way of Jesus into greater Christlikeness. We need monuments to remind us of all the things he has done. We are so swift to forget.

What are your monuments of gift, friends? What reminds you that the Lord has acted and will again? When do you tell your friends the old stories of things he did in the past?

Photo by Zoltan Tasi on Unsplash