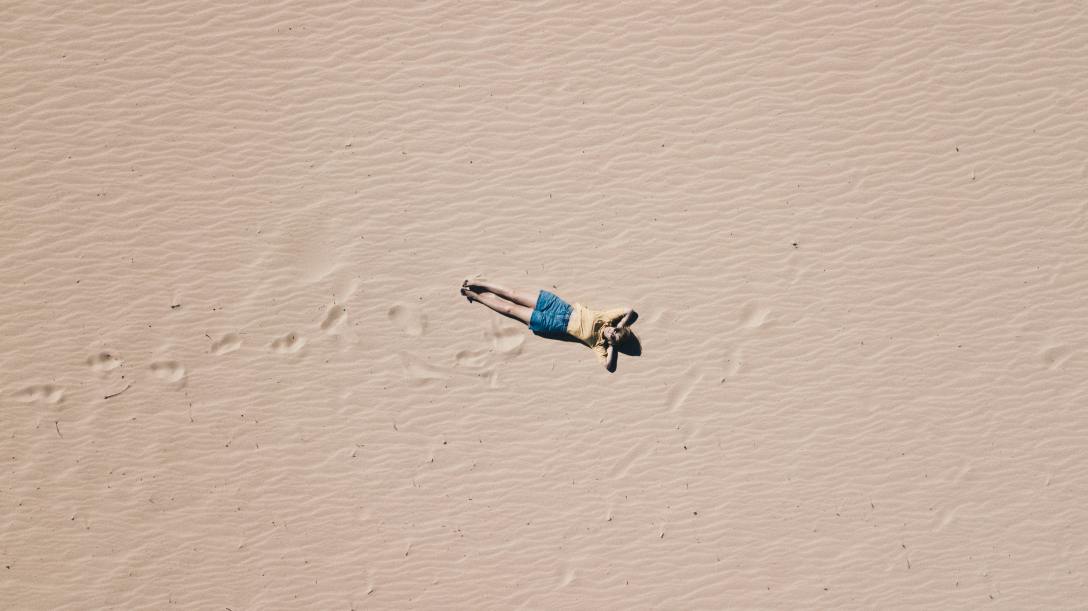 This is one of those questions that no one other than me was asking. But here’s my apophatic answer. Rest is not relaxation.

Repeat: Rest is not relaxation.

It has become trendy in the evangelical circles I move in to speak of the Sabbath frequently and to use it as a verb, “we Sabbathed yesterday” (which does make some sense in Hebrew if not in English, so we’ll let it go). Except, we’re no Sabbatarians—we don’t believe and teach that the first day of the week is particularly holy and special, and that working on it is prohibited for Christians. We’re barely proponents of the Lord’s Day—that there is something special about the first day of the week.

Now, I think that’s typically a wise decision to structure your week like that, but is that the Sabbath?

Friends, it isn’t. The Sabbath isn’t about relaxing because rest isn’t about relaxing. Christians don’t keep the Sabbath, but we do keep the Lord’s Day, on the first day of the week. Like ancient Israel we ‘rest’ with the people of God and we do so by worshipping (in word and sacrament) and by eating around each other’s tables afterwards.

The Hebrew word we translate Sabbath (shabbat) means cessation, it’s the day of stopping. We stop our work of ordering the cosmos in six days because God did too. And on our day of stopping we rest (nuakh), which means something nearer to ‘settling in’ to a place than it does to sleeping or reading a good book. To skip a few theological moves, we settle into stopping by enjoying the order our hands have created the other six days of the week.

We think that rest is passive, like watching television or sleeping, but it isn’t. It’s not active either, as though rest required the study of the Bible or something similar. It is more active than it is passive, but it’s better to think of it as neither. Rest is received.

Which is why the primary place of rest is the gathered church, it’s a place we receive from God in contributory worship, the preached word, baptism, and the Lord’s Supper. Rest is about order, and therefore about being with the people of God. Rest is not simply stopping, its settling in.

We know it isn’t just relaxing or an accommodation to our weary bodies—it’s often taught like that though isn’t it? As though the Sabbath which holds no law for us (which is true, Jesus rose as Lord of the eternal Sabbath on the first day of the new week, we stop in Christ forever more) is received as wisdom because humans need to rest one day a week. I’ve heard that a lot. It’s not wrong, in the sense that there’s some wisdom there, but it does violence to the Bible to assert it in that way.

How do we know that? God rested! The God who actively sustains the creation moment by moment by the power of his word (Hebrews 1) rested on the seventh day. Rest is not an accommodation if God does it, and it’s not about recovering from being tired if God does it. We have to stop talking about rest as though it is something God would not do.

Since he rose, his work completed, Jesus has rested every single day. Does that mean he’s inactive? Not at all, he prays night and day for his people, interceding before the throne of God (Romans 8). The prayer of a righteous man is powerful and effective (James 5) we read, which righteous man did you think James was talking about?

Jesus is the man of rest. Rest is the coming kingdom. Rest is Sunday together. The day of stopping has moved from the seventh day to the first day because we now start from rest rather than finish in it.

Which is why we’re all so knackered when church is online during the pandemic.

Friends might say to me “the Sunday morning gathering isn’t restful”, I have to look after my home group, or serve on this team, or speak to that person or whatever it may be. I feel the objection—I really do—but I do think that if we think that, either we’ve misunderstood rest, or we’ve misunderstood the gathering. I wonder if it might be both.

The gathering is to enjoy the gospel, including the physical gospel of eating Christ’s body and drinking his blood; and rest is not relaxing—though they aren’t mutually exclusive—but the enjoyment of the order of our and others’ labours. Rest isn’t relaxing, not does it even have anything to do with relaxing. They are a different order of concept. I can certainly relax without resting, and I suspect I can rest without relaxing. Only one of them is a command.

G. K. Beale points out that Adam in the garden couldn’t enter into full rest, because it’s impossible to rest when we know we’ll die. I think he’s right. But what does that say about what rest is, and what the rest we’re offered in Jesus is like? Rest is the life of the age to come. The smell of the kingdom.

This has implications for how we order our lives, which for the sake of brevity I won’t spell out here. Taking God at his word that we need to be mastered by time, we need to rest, we need to settle into stopping, and that we need to do this every seven days will affect our homes, our churches, and our cities.

We need to produce order in our six days to enjoy on our seventh.

We cannot fully rest in this life, it’s impossible, our burdens are too great. But, we can begin to rest just as the kingdom of rest invades our lives. Where the incursion is strongest, where the outposts of the irrupting reign of the most high God are founded, this is where we will find the nearest we can to true rest.

Come to me, all who labor and are heavy laden, and I will give you rest. Take my yoke upon you, and learn from me, for I am gentle and lowly in heart, and you will find rest for your souls. For my yoke is easy, and my burden is light.”

Photo by Emilio Garcia on Unsplash